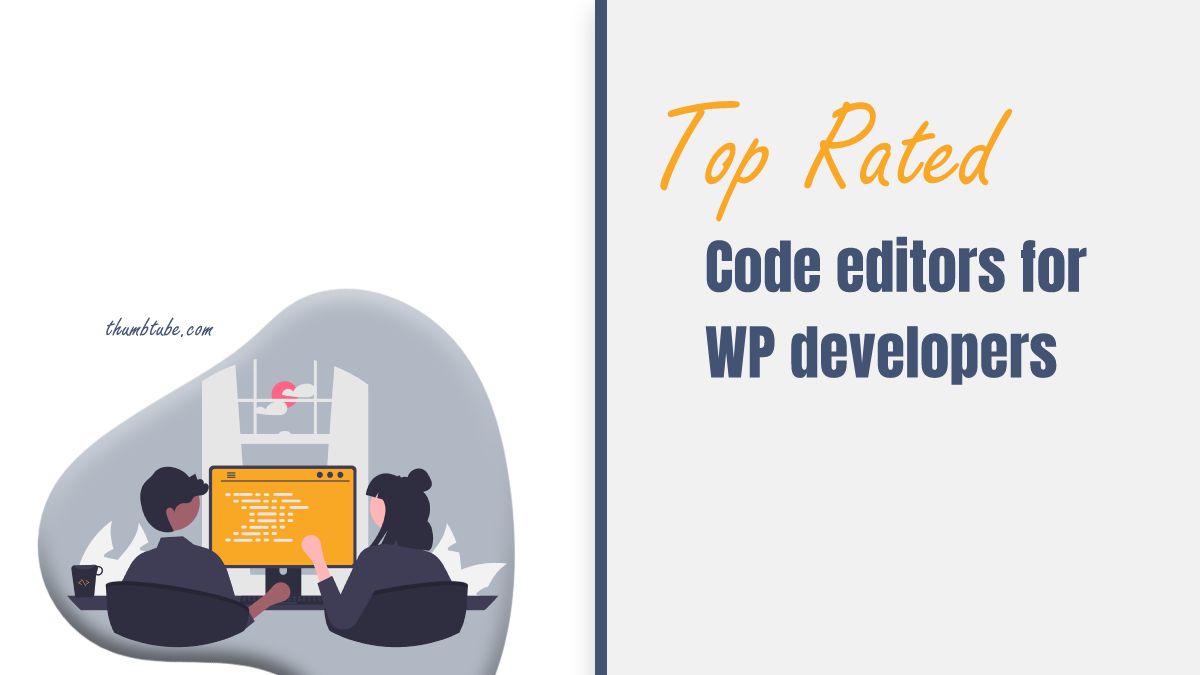 Today, there are so many programming languages that developers have access to. The range is huge, from Assembly to Python, and every day there is a new, more sophisticated language developed or an improved version of an existing one is released.

But one thing that is a constant for all developers, in addition to the written technical specification, they need a code editor if they want to write code. An editor is so important that developers have a list of high-end features it must have (like speed, ease of use, lightweight, etc.). Today, we picked out the five absolute best code editors and will briefly present their best features.

Light Table is a great online, open-source editor. It has a polished, clean interface, and it’s lightweight. Light Table’s powerful editing has all functionalities that any developer would need and expect from a good editor.

The plugin manager pins in the key list of plugins, and with it, all the plugins are available in one place, so you won’t waste your time searching the net. Simply everything will flawlessly integrate into your workflow with this code editor, from eval to a commands finder.

It is easily customizable and will connect your work with instant feedback, and you will see a data values flow in your code. Embed code from graphics, games, basically anything you need you can embed. Its layout is beautifully designed, and with this design, a page view of your IDE will be clear and easy to read. With the final release, Python is included too.

Notepad++ supports several languages, and it is a free source code editor. It runs, however, only on Microsoft Windows. You can work in a single window with numerous open files since it supports tabbed editing. From its 7.6.3 version, it can work in 78 syntaxes by highlighting elements in them.

Some of the Notepad++ features are:

Through XML files in an application-specific format, Notepad++ supports internationalization.

Atom is a cross-platform editor, which means that it works across operating systems. It can be used on Windows, OS x, or Linux. With its flexible autocomplete, you will write your code faster and easier. You can create your private package manager or install an already built-in new package manager.

The Atom interface can be split into different sections – panes, so you can edit and compare code from side to side of your files. The file system browser enables you to open different projects in one window, open a single file or the entire project, and easily browse through them.

The greatest feature of Atom is the “Find and Replace,” which allows you to find, preview, and replace the text you need. You can use this function across your project, not only in one file. I addition, Atom is easy to customize, and you can change its style and add features with HTML and JavaScript. 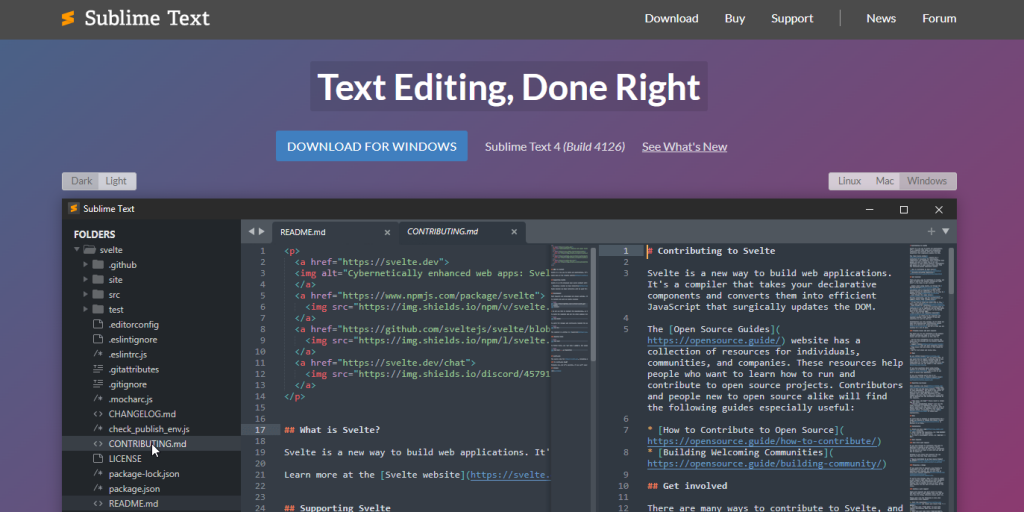 Sublime Text code editor can be downloaded for Windows, Mac, or Linux. This editor has a Dark and Light mode. It will utilize your GPU interface, and you will have a fluid UI up to 8K resolution, with less power needed. Sublime Text auto-complete is fully developed, so it is now a context-aware auto-complete engine in alignment with the code in your project.

Correct suggestions are provided with a link to definitions. It has recently undergone a major update and has a plethora of new features. Support is now delivered by default for new programming languages, and Sublime Text utilizes smart syntax-based features within the JavaScript complex network.

The Tab is now multi-select, meaning it has a sidebar, tab bar, Goto Anything, Goto Definition, so the navigation itself is easier. Its syntax definition is full of new features (non-deterministic grammars, lazy embeds, multiline constructs), load times are very fast, and usage of memory is significantly reduced.

UltraEdit is used by almost four million users around the world. Its new powerful subscription plan, All-access plan, for $99,95/yr., will provide you with all the tools from UltraEdit plus. It can be used on Windows, Mac, or Linux, and there is an Optional Cloud Service as well.

This is one of the most popular code editors WordPress developers use. The UltraEdit editor can handle huge files, 10+ GB and more; it will open and modify them easily. This is a customizable editor and comes with beautiful themes, and it is also easy to configure.

Some of the most notable features of this tool are fast find, replace in the file, replace and find in files. You can access your open files from FTP directly in UltraEdit; you be able to edit on the command line and explore remote servers.

UltraEdit has syntax highlighting for almost any coding language supported by default or a repository of over 600-word files that this edit maintains. Some of them are SAS, COBL, Lisp, Oracle, Assembly languages, and many obscure programming languages.

If you are an experienced developer or you just started creating code, don’t stick to one editor; try out new ones, and who knows, you might be surprised with the outcome.